The American Anthropological Association’s one hundred and tenth annual meeting, held in Montreal, is over.  Over six thousand people registered, more than ever before, but certainly fewer than next year, barring another San Francisco chambermaid strike (which, you may recall, made us international laughingstocks just a few years ago).
Had a pretty good time.  Saw a lot of people I like, and didn’t see too many I can’t stand.  (Those people tend to avoid the AAA, anyway.)  Overall, it was kind of cold, kind of inconvenient, and kind of expensive.
So, Is This Shit Science?  Actually the session was called, Science in Anthropology: An Open Discussion.  (I know, I left out the “merde” in the title of this post, but I don’t know where to put it.)  Ad-libbed a line about how Whether or not this is science, I needed a fucking GPS to find this room.  Got a titter.  I think the only substantive thing I had to say was that there is no anti-science conspiracy in anthropology, and only a paranoiac would keep saying it.  Now the paranoiacs are out to get me.
Neither the organizer (Peter Peregrine) nor the chair (Virginia Dominguez) really had much to say.  I held in reserve the fact that the Association was going to present its “Anthropology in Media” award the following night to someone who runs a pseudo-scientific internet dating site based on an updating of the Hippocratic humors – in which you are governed by testosterone, estrogen, dopamine, or serotonin – as if that is something that brings honor to the practice of anthropology.  But it never came up.  (The site is called chemistry.com, and is not about to be honored by the American Chemical Society anytime soon. )
Russ Bernard had some interesting demographic facts, but didn’t convince me that the primary issues are demographic.  (I’m still mad at having been told back in the 1980s that there were all these anthropologists about to drop dead, and there would be all these jobs available...)  From the floor, Karen Strier seemed to agree that the problem was ecological/demographic (people fighting over resources), rather than ontological (the complexity of rigorous thought in a subject that spans biological and symbolic processes).  I still like to cite an old paper by Ralph Linton, who observed in 1938 (in one of those great old review articles in Science that you just don’t see any more):
This current tendency to bring physical anthropology into closer liaison with a whole series of natural sciences may widen still further the gap between it and cultural anthropology. The connection is already so tenuous that a complete break between the two seems well within the bounds of possibility. The phenomena with which the two disciplines deal are of different orders and the question is whether there is any real link between these orders.
I saw eye-to-eye with Dan Segal on most of the issues, except one – the “Evolution is just a theory” warning-sticker-on-the-textbook issue.  Dan seemed to say that it’s true, and actually is a teaching moment for the philosophy/anthropology of science.  Both clauses are right, but I don’t think you can so easily dismiss the fact that it really is about fundamentalist Christians trying to undermine science education in the United States.  I think it would be a great idea for scientists to actually learn something about science before trying to teach about it (rather than how to do science, which they are good at), but allying with the creationists (or even the allowing the perception thereof) is not a winning formula.  There’s a too-clever-for-his-own-good sociologist of science named Steve Fuller, and a philosopher named Jerry Fodor, who have gone down that road, to the extent that nobody listens to them, in spite of the fact the they do indeed have something interesting to say.  (In fact, a really good historian named David Livingstone recently sent me a manuscript on that very subject.)
On the other hand, the teaching of anthropology is also under unprecedented threat.  Not just in Florida, either (where the Republican governor, apparently frustrated by his daughter’s enlightened choice of a major, called anthropology out as singularly undesirable.  I can understand why – Edward Tylor had defined it as “a reformer’s science” way back in 1871.)   Actually, one of the creepiest bits of information I picked up (at the business meeting) is that there are no longer any departments of anthropology in any of the historically black colleges in the US.  Frankly, I haven’t seen the evolutionary biologists flocking to our defense.
Maybe something else interesting was said.  It made The Chronicle of Higher Education’s blog the next day.  Julienne Rutherford keeps threatening to post a video of it.
---------------------------------------------
http://chronicle.com/article/Anthropologists-Seek-a-More/129823/
Fodor JA, Piattelli-Palmarini M. 2010. What Darwin Got Wrong. New York: Farrar Straus & Giroux.
Fuller S. 2008. Dissent Over Descent: Intelligent Design's Challenge to Darwinism. New York: Icon Books.
Linton R. 1938. The present status of anthropology. Science 87: 241-48.
Tylor EB. 1871. Primitive Culture. London: John Murray.
http://www.livinganthropologically.com/2011/11/22/anthropologys-challenge-better-stronger-bigger/
http://blogs.plos.org/neuroanthropology/2011/11/22/the-montreal-anthropology-meetings-recap-of-aaa-coverage/


P.S. -  Dan Segal articulates his position on how to engage creationism on his blog, here:
http://daniel-segal.blogspot.com/2011/08/republican-candidates-attacks-on.html 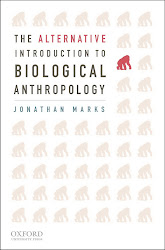 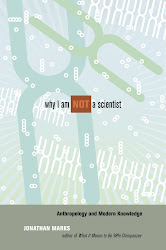 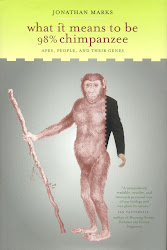 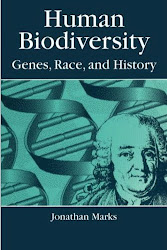